After flight MH17 was downed by a Russian missile in 2014, the Netherlands froze diplomatic and trade relations with Russia. At least, to the outside world. Behind the scenes ties were quickly reestablished, which the Dutch government concealed from parliament. The reason: Russian gas.

After several years of diplomatic standstill, the business community revived contacts between the Netherlands and Russia in 2017 through their joint ‘Energy working group’. This platform of ministers from both countries, established in the early 1990s, meets every 18 to 24 months to discuss current economic issues. After the disaster year of 2014 – in which a Russian missile brought down MH17 and Russian troops invaded Ukraine – the business community maintained relations between the Netherlands and Russia by organizing congresses and mutual visits.

The Dutch House of Representatives was not informed that ties had been revived, and when foreign minister Stef Blok answered questions in late December 2019 about bilateral contacts with Russia, he made no mention of this official group, scheduled to meet in Moscow a few weeks later.

The Investigative Desk and Follow the Money have obtained Russian documents that prove these contacts. They are discussed in proud terms and in a much more transparent manner than the Dutch government acknowledges.

It is no coincidence that the companies that re-established these ties, including the Russian gas giant Gazprom and the Anglo-Dutch multinational Shell, are also participating in the controversial Nord Stream 2 project. These two Gazprom pipelines will transport surplus gas from Russia to Germany (and from there to the Netherlands and other countries).

The Dutch House of Representatives was not informed that ties had been revived, and when foreign minister Stef Blok answered questions in late December 2019 about bilateral contacts with Russia

Countries in central and eastern Europe fear that by building the pipelines, Russia will largely bypass the gas network in Ukraine and eastern Europe, making those countries more vulnerable to Russian whims and less important as suppliers to the western part of the continent. They are also concerned about Russia’s increased dominance in this field, worrying that it will step up its ‘pipeline politics’ and use energy as a political weapon.

Meanwhile, countries like Germany and the Netherlands see the project as a great opportunity to secure their energy supply, and argue that it is ‘purely a business deal’.

Hence, Europe is divided over Nord Stream 2, and the Dutch government is siding with Russia. That became evident when the Dutch government opposed a proposal that the European Commission would negotiate projects involving energy pipes from outside the EU, instead of leaving these negotiations to the member states in which the pipelines reach western Europe. The proposal could mean the end of Nord Stream 2, since it specifies that such projects cannot be owned and operated by the same company. Gazprom owns and operates the pipeline.

Former Economic Affairs and Climate Policy minister Eric Wiebes at the time said the Netherlands opposed the proposal because it values member states’ sovereignty, and because investors would be more reluctant to release funds for projects from outside the EU. He believed this would adversely impact the security of supply.

A coalition of the Netherlands, Germany, and other countries ensured that a decision on this issue was postponed repeatedly. If Nord Stream 2 were to be completed in the meantime, it would be legally much more difficult to stop the project.

After a long delay a compromise was reached, giving member states more of a say in the negotiations, but under EU supervision. This is a lifeline for Nord Stream 2, because Germany, which supports it, will be the first country consulted. The last 138 kilometres of the pipeline are currently being laid in Danish and German waters.

The MPs, MEPs and energy analysts we spoke with, were not aware that high-level talks are being held with the Kremlin, through the energy working group. GroenLinks (Green Left Party) MP Bram van Ojik has never before heard of the energy working group. ‘So, the cabinet claims that Nord Stream is a private project, while at the same time serving the corporate interests in the project. The House of Representatives was not notified about this.’

Share this article, your friends will read it for free 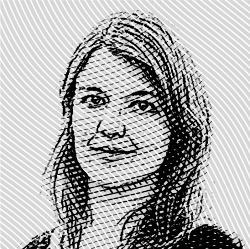 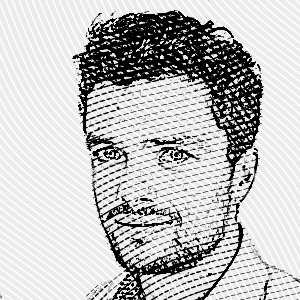 There are no contributions yet