The result of the Brexit referendum has led to wild predictions about the future of London’s financial district. Already, several European cities have begun to court banks which might be looking to leave the United Kingdom once the country is no longer a member of the European Union. Will the City really break up? Ewald Engelen engages in some informed speculation.

London has dominated global finance for so long now, that it is hard to imagine a future in which it does not lead the Global Financial Centres Index. Post-Brexit, however, such a future might well become a reality. Brexit may turn out to be the shock that sets in motion one of those rare territorial reshufflings of finance, at least that’s what many on the continent hope — and what many in Britain fear. Of course, with negotiations not even having started yet, my views on this topic are speculative — informed, but speculative.

A recent article by Nicholas Véron nicely sums up the fears. Due to historical competitive advantages (a financial centre extracting value from a global empire) London has developed into the key outward and inward link to and from the EU for every major banking group, asset manager and financial service provider, so the story goes. This is why it houses subsidiaries of almost every global bank, and why every global auditor, law firm, lobbyist, media group and exchange organisation has at least one London address.

Brexit will damage all of this, argues Véron, mainly by endangering the passporting rights of London based banks and asset managers. While this may directly impact only 15-25 per cent of financial activity, since large banking groups will be confronted with the strategic choice of remaining in London while moving parts of their European activities elsewhere to obtain passporting rights or keeping the bank in tact by moving the entire company overseas, Brexit could seriously harm London’s global position. Véron envisages a future for London similar to Tokio: ‘highly developed’ with ‘respected institutions,’ but ‘too insular to maintain itself in the truly global leadership league.’

A different view was recently propounded by Saskia Sassen. The author of The Global City pointed out that even modern, digitized markets rely on infrastructure (mainframes, optic fibre cables, law, regulation and clearing and settlement — the ‘plumbing’) and networks that serve to spread information and expertise and as venues to vet newcomers’ trading norms and keep everyone on the ‘straight and narrow’. She stressed that all of this is the outcome of path depencency, which is historically contingent and hard to copy. Markets, according to Sassen, are not like firms. While firms can easily move their headquarters, markets tend to stay where they are. ‘The City is such a market.’

If one looks at sectional data provided by TheCityUk, it is clear that London’s global leadership confirms Sassen’s ‘market’ argument. As Figure 1 illustrates, London is the global market leader in a number of key financial markets. Each of these markets relies on a combination of specific infrastructures that London and/or the UK has to offer, which are impossible to replicate by other jurisdictions and will hence survive any Brexit-shock. International finance and global trade, for instance, are written in British common law, which explains why London dominates both cross border lending and marine insurance. Brexit is not going to change that.

What is more, as Jan Fichtner has shown in his Perpetual decline or persistent dominance (2016), American ‘structural power’ is partially based on finance and largely projected through London. The links between Wall Street and The City are tight and have only become tighter during the crisis. Using data from the Bank of International Settlements (BIS) and other supranational agencies, Fichtner has painted a composite map of global finance, highlighting, as Figure 2 shows, the central position of New York and London, allowing both to generate substantial rents from the financial servitude of the rest of the world. Again, it is hard to imagine that US elites would willingly forego these sizeable rents and allow the EU to leave its sphere of financial influence.

Which brings me to my final point. The spectacle of European politicians again competing for the imaginary financial spoils of Brexit a mere nine years after a crisis which clearly demonstrated the toxicity of big finance, is a sordid sight indeed. A growing number of studies have indicated that big finance hurts rather than serves the real economy. The City, through its sheer size and political power, has made the UK economy highly dependent on debt driven growth, as research by Ertürk et al. has demonstrated. Figure 2 shows the importance of housing equity withdrawal for the performance of the UK economy. It illustrates that big finance tends to be a powerful driver of mass financialization, resulting in huge macro-economic vulnerabilities.

Moreover, the tax income generated by The City, also mentioned by Véron as a reason to be fearful of Brexit (‘in the year to March 2015, the City paid £66.5bn in tax, equivalent to almost two thirds of the national education budget’) has proven to be largely illusory if one subtracts the sizeable public costs of financial crises. One would have expected politicians post-crisis to no longer treat financial centers as geese that lay golden eggs. Apparently that’s a lesson they’ll have to be taught by the next crisis. 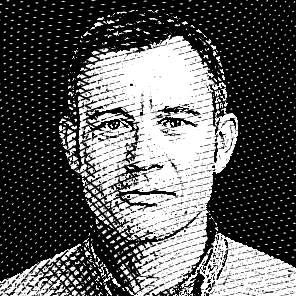