The European Central Bank (ECB) invests billions of public funds into the fossil fuel economy. The share of fossil fuel companies in its bond purchases is significantly higher than their contribution to the European economy warrants. The controversial purchase programme goes against the plea of a large group of international investors who urged the G20 to divest from fossil fuels last wednesday.

A group of international investors and insurers urges the G20 to end public funding of the fossil fuel economy. Meanwhile, the European Central Bank (ECB) uses public money to heavily invest in fossil fuel industries. An analysis of the quantitative easing (QE) programme of the ECB shows that more than half of its corporate sector bond purchases are from companies in the fossil fuel industry — companies including Shell, Total and Volkswagen.

What is the corporate sector purchase programme of the ECB?

The ECB purchases government and corporate bonds as part of its QE policy in order to maintain price stability in the Eurozone. The purchases currently amount to €80 billion per month and will be reduced to €60 billion from april 2017 onwards. In total, the ECB plans to buy at least €2300 billion worth of bonds; this amount may turn out to be even higher however, as no exit strategy for the QE-programme is defined as of yet. The ECB creates and spends this public money in order to bring inflation close to 2 percent — the ECB definition of price stability, and allegedly beneficial to the European economy. The unconventional QE policy is being highly criticized for its ineffectiveness and negative side-effects. ECB president Mario Draghi disagrees with the critics and expanded the bond buying programme last summer to the private sector with the corporate sector purchase programme (CSPP). In January 2017 inflation of the Eurozone reached 1.8%, but the ECB still doesn’t change its policy.

Within the CSPP, a monthly amount of €8 billion is being spent on corporate bonds. Already more than €63 billion worth of commercial paper is now parked on the ECB balance sheet. The companies profit from cheap financing of their commercial activities, because the interest rate on new bond issues goes down as a result of the ECB purchases. Only the largest corporates in the world benefit from this policy, as smaller companies are either not being bought or simply do not issue bonds. The programme is going against the free market principle, which is the foundation of the European Union. The ECB policy disturbs market pricing mechanisms and specifically benefits a few large companies.

Disproportionate to the economy

The ECB does not disclose the exact distribution of the €63 billion it already spent on corporate bonds. An in-depth analysis of the company list, compiled by Corporate Europe Observatory, gives an impression where the money went. Based on the number of purchases, we have to conclude that certain sectors of the economy are over-represented in the list. Energy related companies comprise 36 percent of all purchases; 17 percent of the companies operates within the transport sector, including car manufacturers.

The ECB cannot justify this high proportion of energy and transport related companies in the CSPP, based on the actual contribution of these sectors to the European economy. The actual contribution of the energy sector to the economy is only 4% and for the transport sector the economic share is 5%. That means that the energy purchases are 9 times higher than their contribution to the economy warrants. The analysis is based on numbers from the European Commision and cannot be more outspoken: 'The energy sector, covering extraction, production and distribution directly employs in the EU about 1.6 million people and generates an added €250 billion to the economy, corresponding to 4% of value added of the non-financial EU business economy.' The CSPP focuses exactly on this non-financial business economy by excluding bonds of credit institutions such as banks.

The energy sector is represented over the full width, including network infrastructure companies like REN and Eurogrid. Big oil & gas companies such as Shell and Total turn up multiple times on the list. They are being bought not only on the secondary market, but even on the primary market. The list is complemented by other oil & gas players such as Air Liquide, supplier of industrial gases and Eesti Energy, involved in oil extraction from tar sands in Canada. The largest electricity providers in Europe, like EON and RWE also appear on the list. These utility companies generate their electricity primarily in coal and gas fired plants, or even rely on lignite. The only alternative energy source on the list is nuclear, represented by uranium producer Urenco and the French utility company EDF, the largest nuclear energy supplier in the world operating 58 nuclear reactors. Producers of solar panels or wind turbines are not among the receivers of cheap ECB-loans.

The only alternative energy source on the list is nuclear energy

The spotlight falls on Spanish and Italian energy companies, as they comprise 60% of all Southern European bond purchases. We are talking about energy giants ENEL, Repsol and Gas Natural Fenosa, among others — definitely not the kind of energy producers that have the best reputation regarding sustainability. 'Sustainable' here does not merely refer to green energy; it als relates to the scandals around human right violations in South America and a cut power supply leading to the death of an elderly woman. A recent publication about the interconnection between Spanish politics and the energy business shows that more than 20 former government officials and high public officers now work for the fossil fuel industry. Lobby influences led to severe policy changes in green subsidies, allegedly causing the collapse of the Spanish solar energy market, despite the lush sun hours in the country. Spanish fossil fuel interests seem to be well represented across the border as well, noting the names of those same companies on the ECB bondlist.

Within the transport sector automotive manufacturers are present at the top of the list, including Volkswagen, BMW and Daimler/Mercedes. The emission fraud of last year does not deter the ECB from providing these companies with cheap finance. Airplane manufacturer Airbus, and railroad operators Deutsche Bahn and SNCF are other companies on the list. Exor, the investment holding of the Italian billionaire's family Agnelli and controlling shareholder in Ferrari and Fiat, is another notable name. The Independent estimates the family's net worth to be around €14 billion. The holding also has a heavy stake in football club Juventus and magazine The Economist; last year, it moved its official address from Italy to the tax paradise of The Netherlands.

The investment of the ECB contrasts strongly with the international divestment campaign that is gaining traction. The go-fossil-free campaign influences public institutions, governments and investors to divest from fossil fuel companies and move their money to more sustainable alternatives. The United Nations supports the campaign and the list of companies with commitment to the cause is growing fast. Last week an international group of investors and insurers, managing assets worth more than $2.8 trillion, urged the G20 to move all public money away from fossil fuels. ‘It is unacceptable that the ECB is funding fossil fuel companies with public money, while it is imperative that we transfer the money to sustainable investments,’ says Liset Meddens, director of go-fossil-free in the Netherlands.

The Dutch central bank also acknowledges that ‘the worldwide investment in sustainable energy and energy savings is currently insufficient to meet the emission reduction targets set in the Paris climate agreement.’ In their position paper, they conclude that the lack of venture capital, small scale of projects and the long term investment scope are the main reasons for the lack of green investment. They propose clustering of multiple projects in so called green bonds as a solution to these problems. ‘A larger role for institutional investors in green investment seems promising.’ Despite the recommendations of its Dutch subsidiary and shareholder, the ECB does not include any green obligations in the CSPP. By sponsoring fossil fuel companies instead, the ECB does not only waste an opportunity to encourage green investment, but also acts completely against the sustainable growth policy of the European Commission.


The invisible hand of the ECB © Thomas Bollen

Within CSPP, multiple other companies with a doubtful reputation pop up, such as mining conglomerate Glencore, gambling company Novomatic, and Thales, producer of radar technology for missile systems. How cheap finance options for these companies will benefit the rest of the European economy is a mystery; the 'societal benefits' are even more ambiguous.

What stands out is not just the question whether the public ECB money is spent wisely on fossil fuel bonds instead of more sustainable alternatives. Above all, it is important to note that the ECB is not restricting its policies to monetary instruments, as it should according to the statutes. The QE policy is heavily distorting the price mechanisms of the market and ignores the free market principle on which the European Union was founded. The independent role of the ECB is limited to a mandate that allows for the application of monetary instruments to maintain price stability. Fiscal policy should be left to national governments and European investments can be executed through the European Investment Bank. When the ECB was founded 25 years ago, nobody could have even imagined the central bank providing monetary finance to corporates. The current QE-policy of the ECB is stretching the legal limits of its mandate and treads on the free market foundation of the EU. The bank has become a major moneylender to the fossil fuel economy; that is absolutely outside the scope of its mandate. 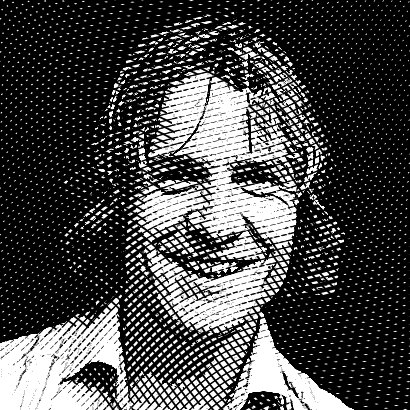 Bewerkt 19 februari 2017 13:47
And the new man Trump just installed does not believe in global warming etc at all. He will ruin the environment as right now happens with the oil pipeline through Lakota Sioux land.
Face it... the uber rich minority has won power over most of the world by now and we stand by and watch. Because we cannot do anything as long as people believe in the fairy tales of conservative and ultra neo cons...
deel deze quote