Jorge Domecq, former chief executive at the European Defence Agency (EDA), started his new job as lobbyist for defence corporation Airbus before having received the required authorisation from the EU. By doing so, Domecq broke EDA staff rules that are meant to prevent conflicts of interests.

Jorge Domecq, the previous chief executive at the EDA, began working for Airbus before having received permission to do so from the EU. The EDA, a public EU institution set up to promote European defence cooperation, decided not to mention this breach of staff regulations when Follow the Money asked questions about Domecq’s new position in October. Follow the Money can report the breach after having seen EDA internal documents and emails, made public after two access to documents requests.

A Spanish former diplomat, Domecq headed the Brussels-based EDA until 1 february. He officially had his compatriot Josep Borrell, the EU’s High Representative for Foreign Affairs and Security Policy, as his senior. But in practice, the chief executive runs the organisation’s daily business.

Because Domecq decided to take a job at Airbus within two years of his departure from EDA, he was required to apply for authorisation from Borrell. This is a rule in the EDA Staff Regulations, meant to reduce the risk of conflicts of interests. After all, to a former EDA employee Airbus is not just any company. The defence corporation is a recipient of EU grants and recently was awarded a satellite communications framework contract by EDA, ‘estimated to be worth tens of millions of euros’.

On 28 July Domecq informed his former employer of his new job at Airbus, by sending his handwritten application. The new title –  head public affairs Spain and strategic advisor – was so long that half of it spilled into the margin.

Jorge Domecq’s request to his former employer, the European Defence Agency, to work for Airbus.

The application was sent not long before the expected starting date of 16 August. Domecq’s former colleague Olli Ruutu, EDA’s deputy chief executive, told him on 31 July that it was not possible for the EDA to reach a decision before that date. Additionally, Ruutu said he needed more information to assess the application, especially how Domecq was going to address potential conflict of interest situations.

Domecq replied the same day to say he would discuss it with ‘his employer’: apparently he already saw Airbus as his employer. Domecq warned Ruutu that the feedback from Airbus may only be available to him after the starting date of his new job, because of the ‘bad timing with the Summer break’.

Then: four weeks of silence. On Friday 28 August, EDA deputy chief executive Ruute told Domecq in an email he urgently needed the requested information. Was it true that Domecq had already signed the contract with Airbus? Was he going to be lobbying on affairs for which he was responsible as chief of EDA? How was he going to prevent conflicts of interest?

Domecq was apparently not able to answer these questions himself. He replied that he was still waiting for information ‘from my new employer’, but that August had been ‘a bad month to do so’ – he meant everyone was on leave.

That Friday 28 August, Domecq wrote that he would 'only take over [his] functions officially’ on 1 September, i.e. the next Tuesday. On Monday 31 August Domecq sent an additional email, with more information about his new job. He confirmed that he had already signed the contract and that it had been ‘in force’ since 17 August.

This was a problem. The EDA Staff Regulations require that in the two years after departure, former employees need to acquire prior authorisation before accepting a new job that overlaps with their responsibilities at the EDA. They have to inform the EDA about their intention.

The first week of September will probably have seen a flurry of Domecq-related discussions at the EDA. There was a deadline too: even though Domecq’s first email dated 28 July did not provide the information the EDA needed to assess his application, the date would legally be considered as the moment of notification. The rules say that without a formal decision within 30 working days after notification, there is silent approval.

In an email dated 4 September Ruutu informed his colleagues about a discussion with the Staff Committee about the ‘sensitive matter’ and stressed the Staff Committee’s concerns were ‘well noted’. The same day Ruutu sent an internal note to High Representative for Foreign Affairs and Security Policy Josep Borrell, who is the formal head of the agency. Borrell was the one to decide on Domecq’s application for authorisation to work for Airbus, and on whether any conditions would be attached.

According to the note, the facts on the first issue were clear: Domecq broke the staff rules - and he knew

The advice sent to Borrell separates two issues: Domecq’s breach of the Staff Regulations (by starting his Airbus job before receiving authorisation) and the assessment of the application for authorisation.

According to the note, the facts on the first issue were clear: Domecq broke the staff rules. He knew, not only because he had ‘acknowledged these obligations in a signed declaration when leaving the service’, but as EDA chief executive Domecq was actually involved in similar requests from other former employees. Domecq ‘could therefore, under no circumstances, be unaware of the nature and implications that the obligation under Article 18 of the EDA Staff Regulations places on former staff members’.

The note to Borrell said that while it was important to establish that there has been a breach of the Staff Regulations, this fact had to be balanced by ‘the fact that the impact of any action to sanction this breach will have a limited effect’. EDA recommended to Borrell not to open ‘disciplinary proceedings but to issue a warning (mise en garde)’.

EDA also recommended Borrell to approve Domecq’s application and give permission to work at Airbus, but under certain conditions.

Borrell accepted the recommendation to approve the application under conditions, in his decision. The document was dated 7 September, when Domecq had formally already been on Airbus’ payroll for three weeks and six days after his first day at the (probably virtual) office.

The decision by High Representative Josep Borrell to grant Jorge Domecq permission to work for Airbus under certain conditions.

In his decision, Borrell does not make a single mention of the fact that Domecq was supposed to have informed the EDA of his intention to work for Airbus before signing a contract, nor that Domecq was in breach of the rules.

The decision also does not say anything about the dismissal of the option of disciplinary proceedings, or about giving Domecq a mise-en-garde. It is unclear whether Domecq actually received such a warning, and if so, what it entailed.

‘Factual and accurate’ – but not complete

The documents now made public raise questions about previous statements made by EDA’s spokesperson in October. Then, she merely said that ‘in line with Article 18 of the EDA Staff Regulations, Mr Domecq informed EDA of his intention before taking up his duties’. She did not mention the fact that Domecq had broken Staff Regulations by taking up his duties before having received his authorisation.

Follow the Money asked why the spokesperson withheld this information at the time. In her reply, she said ‘that all information provided to you previously has been factual and accurate’. She left out the fact that this information was incomplete, nor did she answer specific questions, referring instead to the documents.

In October, Airbus told Follow the Money: ‘We cannot comment on an individual´s personal discussions but have confirmed his hiring by Airbus which respects all applicable laws and regulations.’ In reply to our questions about Domecq starting his job before having acquired permission, the Airbus spokesperson referred to the statement from October. ‘We have nothing further to add at this point.’

The EDA did not want to publish all documents Follow the Money had requested. We wanted to access the minutes of meetings Domecq had with Airbus in the last year of his term in office, to assess what was discussed. When someone passes through the so-called revolving door from a public to a private job, it is relevant to assess if the interests of the future employer had interfered with the public interest. Domecq himself referred to that issue in one of his emails, denying he was already eyeing a job at Airbus while still working at EDA.

‘I never discussed or entertained any discussion related to specific call for proposals or bids in the EU context in which Airbus had or could have a direct interest in. Furthermore, each time I met any company representatives I made sure that these matters would not be discussed. You can check the minutes of these meetings to verify this aspect.’

However, the public will not be able to check the minutes. The EDA has decided they cannot be made public, because ‘defence and military affairs’ are discussed in it, and because publication could damage Airbus’ ‘commercial interests’. 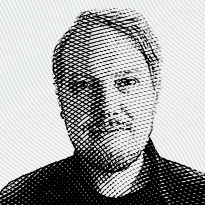 16 december 2020 1:07
Interesting. Unfortunately yet another EU diplomat that considers himself invincible. And actually it seems like they are - it doesn't exactly look like Josep Borrell is going to take any action, and who else would?
There is an enormous lack of social control for EU diplomats and politicians.
deel deze quote