Economic policy is under fire from an unlikely corner – a toxic alliance of Twitter and technocracy. They pull in opposite directions, but with the same result: they erode a shared sense of the economic challenges we face and potential solutions. Without such a common frame of reference, worries Daniel Mügge, all that is left is a shrill dialogue that wrecks our trust in collective economic governance itself.

The rules that govern our economies trigger endless political battles. The weapons people wield are diverse: to tilt those rules to their advantage, they vote for parties that champion their wallets, they passionately argue their case, they strike, they secretively lobby politicians, or they shroud their interests in impenetrably technical lingo. The outcome is what we call economic policy. Disagreements about good policy abound. But they are based on a shared premise. All but the staunchest anarcho-capitalists believe that some form of government intervention is essential to our collective welfare.

The question is not whether there is a role for the state – there is, most people think – but what it should look like. We have rituals, such as elections or meetings of central bankers, to decide what government policy should be, and then get on with it. This basis consensus is under attack.

A century ago, Max Weber identified a key pillar of effective governance. Those who live under economic rules – whether they concern unemployment benefits, pensions, or laws for firing people – need to accept them as legitimate. People don’t have to love these rules. They may detest them. But they must have faith in the overall system, and that requires a shared, accepted story about why our governors do what they do. We find such stories everywhere: EU aid to Greece is justified as being in the interest of rich countries, too. Pension cuts are inevitable because of demographic change. Tougher banking regulation is needed because previous, lax rules caused excess and financial mayhem. Some may dispute these justifications as phony. But for the world to keep turning, society as a whole cannot do without a narrative that most people – technocrats and ordinary citizens alike – buy into. These shared narratives are rather like rules of the road: it doesn’t matter whether you drive on the right or the left. But for traffic to keep flowing, it helps if everyone sticks to the same side.

This is where Twitter and technocracy enter as destructive forces. They fracture that shared understanding of our situation, like a relentless sun melting a giant ice shelf, splitting it into small pieces that gently drift apart. Let’s consider both in turn. New media – Twitter and Co., but also online news websites and services – are feted as natural allies of democracy. But as they have undermined once-ubiquitous morning newspapers, they dilute the shared understanding of what’s going on in the world that citizens used to get from first-page headlines. With custom-tailored news offerings, people recede into communicative microcosms. Conservatives are LinkedIn to their soul mates, lefties twitter mainly with each other, members of populist anti-establishment circles post on each other’s blogs. Instead of augmenting the public debate, new media have broken it into detached conversations among the like-minded. Settled into the couch after dinner, we used to be served the baseline interpretation of what the day had brought: the evening news. Lots to disagree with, night after night. But the news equipped everybody, throughout all ranks of society, with a common narrative that could be debated and dissected at work the next morning. Sociologist Niklas Luhman argued decades ago that whether what you read in the papers is true or not is irrelevant from the social-scientific point of view. What matters – the social function of mass media – is that it allows people to have what feels like an informed conversation, whether it’s about soccer or Syrian refugees. The evening news, like the common denominator of newspapers’ editorial comments, delineated the space of serious exchange and created the mainstream, normal way of looking at things.

The new normal is that there is no normal anymore. The common denominator of our public debate has evaporated as today’s citizens lack that shared horizon. They subscribe to customized newsfeeds and get agitated about attention-grabbing tweets from people whose politics they share.

People on different sides of an issue don’t disagree with each other anymore – they don’t communicate at all. If you walk into any diverse social gathering these days, you can no longer assume that others in the room have seen the same news stories as you have. Governments and their critics, it often seems, live more and more in detached communicative universes. This is where technocracy comes in. Just as citizens tune out of the national conversation and into their boutique newsfeed, the technocrats who run our economies drift away from the rest of society on their own ice shelf, too. Our expectations of good governance have kept on rising over decades. We want more fairness, accountability, competence, sensitivity to diverse interests. At the same time, the problems policy has to solve become more and more complex – think of global financial regulation or managing climate change. Even our parliamentarians often can no longer follow complicated dossiers. More than ever, policy is the preserve of the specialist.

That process may be inevitable, but it is highly corrosive nevertheless. People who face economic adversity – pensioners whose benefits shrink or Greek citizens whose economy implodes – bemoan that ‘they up there’, in the halls of power, have lost touch with reality. They have a point: the distance between the policymaker behind her computer screen and the average citizen has grown indeed. In the name of well-meant accountability, the policymaker speaks the language of impact assessments, performance indicators, and cost-benefit analyses. The citizen feels economic pain, and anger. The worlds of the policymaker and the citizens she governs become increasingly incommensurable. This is what makes the mix of technocracy and Twitter so toxic. Economic policies hurt some citizens and benefit others. If we are lucky, their net contribution to our societies is still positive. But for people to accept these policies – to see them as legitimate – we need a common story, a mainstream interpretation of why we do things the way we do. It is hard to imagine in our age of critical commentary from all sides, but that story is what the evening news used to provide. Custom tailored news media and the growing gap between citizens’ lived reality and technocratic governance erode the common ground in our conversations. In and of itself, this trend is worrying enough, because it weakens rather than promotes debates that truly cut across society. There might be an even bigger casualty, though. In spite of all disagreements, we shared the idea that some form of government intervention is essential to our collective welfare. That required fighting things out through elections and beyond, and then meeting in the middle, building consensus, and moving on. The informational microcosms that Twitter and Co. manage well to get people fired up. But they fail at bringing them together again once the dice have been rolled. More than ever, people dig into their ideological trenches, relieved of the necessity to somehow come to a common story.

Signs of this trend abound: witness the rise of populism throughout Europe, which frequently feeds on anti-elitist arguments and ‘alternative’ news sources. Our societies’ ability to build compromises decays, and increasingly, the whole system of democratic economic governance, which is built on such compromises and keep everybody in the boat, loses legitimacy.

Before long, citizens can no longer agree to disagree about policies, with some losing today and others tomorrow. Instead, the debate gets shriller, and the other side is demonized as masterminding a gigantic rip-off. Polarized and fractured American politics, in which half the country watches conservative FoxNews and the other half progressive MSNCB, leads the way. If we reach that point, we approach a radical solution: simply taking economic responsibilities out of governments’ hands altogether. If the one side is dead against building new highways, and the other refuses support for train tracks, the result may well be that neither gets built and infrastructure decays. Again, the US trajectory is instructive. It seems a remote prospect, but declining citizen's trust in politicians, the frequent instability of governments, the harsh tone of public debates, do in fact all point in that direction. It would be an irony if Twitter and enlightened technocracy, hailed as pillars of 21stcentury democracy, helped to erode its fundaments. 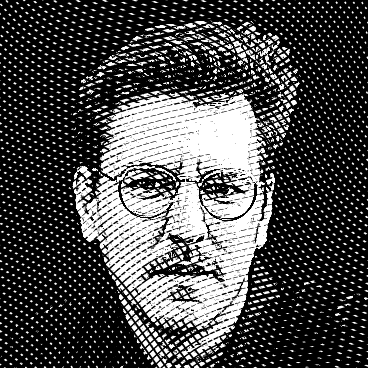 18 november 2015 7:29
" This is is where Twitter and technocracy enter as destructive forces. They fracture that shared understanding of our situation, like a relentless sun melting a giant ice shelf, splitting it into small pieces that gently drift apart "

Thomas I. Palley, 'Plenty of Nothing, The downsizing of the American dream and the case for structural Keynesianism', 1998, 2000, Princeton

18 november 2015 9:28
"If we reach that point, we approach a radical solution: simply taking economic responsibilities out of governments’ hands altogether."

18 november 2015 10:57
Citaat: "Sociologist Niklas Luhman argued decades ago that whether what you read in the papers is true or not is irrelevant from the social-scientific point of view. What matters – the social function of mass media – is that it allows people to have what feels like an informed conversation, whether it’s about soccer or Syrian refugees."