Roel Janssen gives his analysis of the Dutch elections results. 'The Netherlands has left behind ten years of political drift.'

The Netherlands has re-established itself firmly in the center of European and euro politics with a political shift towards the middle ground, a victory of government party VVD and the spectacular return of the social democratic Labour Party. Anti-European parties on the radical left and right did less than expected or suffered losses.

In the Dutch parliamentary elections that took place yesterday the VVD, the conservative party of incumbent prime minister Mark Rutte, booked its best result ever. With 41 seats it will be the largest political grouping in the 150 seats House of Representatives, closely followed by the PvdA. The Labour party will take 39 seats.

Euro-scepticism lost
The election results have been the most extraordinary in living memory. Only a month ago pollsters predicted that the Socialist Party of Mr. Emile Roemer might become the largest party in parliament, opening the perspective that a euro-sceptic socialist who blames the banks for the current crisis might become the prime minister of one of the few remaining triple A countries in the euro zone. However, Roemer disappointed in the election campaign and the Socialist Party did not rise to expectations.
Much worse fared Mr. Geert Wilders, the leader of the right wing nationalistic Freedom Party. Wilders, who campaigned fiercely against the euro, lost badly. Earlier this year Mr. Wilders repealed his support to the minority government of conservatives and Christian Democrats, blaming Brussels on the necessity of budget adjustments. His attacks on Dutch support for the euro rescue packages and call for the Netherlands to leave the European Union, however, were dismissed by the electorate. Wilders’ Freedom Party lost over a third of its seats in parliament.
Mr. Rutte and Mr. Samson
With the populist appeal of Mr. Wilders on the wane, Mr. Rutte moved towards traditional Dutch views on Europe during the election campaign. He defended his track record in Brussels as Prime Minister and stressed that the Netherlands worked closely with its allies Finland and Germany to ensure fiscal discipline in prolifigate southern European countries. Though rejecting a third rescue package for Greece, he emphasized it is in the interest of the Netherlands to keep the euro zone together and prevent that Greece would be forced to leave the euro. Like Ms. Merkel, he supported the recent announcement of the European Central Bank to proceed, under conditions, with unlimited bond purchases of beleaguered countries in order to calm financial markets.
The biggest surprise of these elections was delivered by Mr. Diederik Samsom, the newly appointed leader of the Dutch Labour Party, PvdA. Mr. Samsom, a nuclear physicist by training and former Greenpeace activist, succeeded in turning a widely predicted disastrous showing of his party into almost a victory. With a moderate, pro-European campaign he secured a closely contested second place in the elections, a much stronger result than expected.
Though Rutte and Samsom fought a fierce campaign and they differ on issues like the speed of fiscal consolidation, it seems all but inevitable that their parties will seek to form a coalition government. Together, they have a majority, albeit small. In fact, no other political combination, neither on the left nor on the right, offers the perspective of a parliamentary majority as the PVV and the SP are excluded by other parties. It may well be that a smaller third party will join the next government, like in the nineties when prime minister Wim Kok led two coalition governments of conservatives, liberals and social democrats.
Conclusion
In any case, the Netherlands seems to have left behind ten years – since the murder of populist maverick Pim Fortuyn in 2002 – of political drift. Limiting the size of the populist left and right, the country has moved towards the middle. Despite the economic crisis, these elections have not resulted in strenghtening of anti European sentiments. In fact, the voters yearned for political stability and have given a mandate for the continuation of arduous efforts to solve the euro crisis.
***
Dit artikel verscheen eerder als commentaar voor een buitenlands publiek op het OMFIF blog van oud-financial times journalist David Marsh. 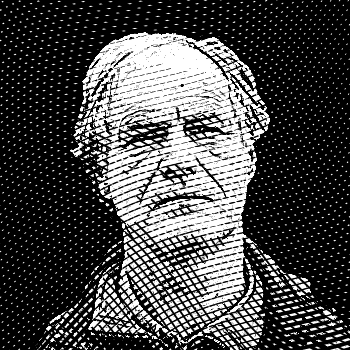 14 september 2012 7:33
VVD is conservative? Is this part of a re-branding exercise? I realise you're all a bit confused, but try to keep it real eh!
deel deze quote