The Shanghai Composite Index fell to about 3,700 after a tumble from dizzying heights of over 6,000, in April 2015.  Paper gains of nearly US $ 2 trillion melted away for the sweltering May-sun of Zhōngguó, 'The country of the Center,' or better know in the West as 'The People’s Republic of China.' An 'open-for-all free market-participation economy' may be the ultimate oxymoron of the People’s Republic’s economic and political system of communism. The double entendre and ideology - China with two faces - has been en vogue since 1978, when Deng Xiaoping wrestled a free market economy out of the claws of the 'Gang of Four', Mao’s widow and her co-conspirators.

Magic on the trading floor

'They’ve basically closed Macau, and this has become the place to gamble.'

With a 32 percent loss in one month, the Shanghai stock market has equaled the Great Depression stock market crash of 29 October 1929. The underlying handicap of economic development in China is lack of initiative; China remains a copy economy. In the absence of original Chinese creativity and innovation, many wonder how much deeper Shanghai markets of China’s sweatshop industry for the West will sink?

The Olympic Winter Games for 2022 have been awarded to Beijing. It makes Beijing the first city to host, both the Summer and Winter Olympic Games. China has hardly any tradition of sports. Dragon boat races may become Olympic sports by 2016 in Brazil, for the first time, but most Chinese style martial arts are none- Olympic sports. By hosting the Olympic games, China is far more celebrating Western sports modernity than Chinese culture. On 1 October 1949, the People’s Republic of China was proclaimed, and its economy and society fashioned after Marxist-Stalinist ideology.  Soon it became apparent that the German-Russian proletarian socialist philosophy, sprung from the Industrial Revolution of England, did not fit the expansive agrarian imperium of China. One Great Leap Forward after the next failed. The 'Three Years of Great Chinese Famine,' (1958-1961) characterized by widespread famine, drought, poor weather, and the policies of the Communist Party of China cost the lives of tens of millions. Instead of adjusting to local Asian conditions, in 1966 the Great Leader Mao Zedong announced in his great wisdom a giant purge, the Great Proletarian Cultural Revolution.  The ruthless purge was to last for ten years and cost another estimated 30-50 million casualties.  Everything Chinese had to be destroyed, from dragon tiles on a hip shape roofs down to the last tombstone at the cemetery. Anti-intellectualism banished million of glass wearers, the sign of literacy, to the countryside, where they perished from lack of food. Only a few cultural and historic enclaves were saved from the brutality and ruthlessness of Mao’s rioting masses. The loudly touted ISIS’-brutality of today is dwarfed by Mao’s merciless cruelty.

Although officially the Cultural Revolution ended in 1976 with Mao’s death, his reign of cultural cleansing is extended far beyond the grave in today’s extensive Chinese western copy culture, now crowned with China’s celebration of the Olympic games. Could China sink even lower? 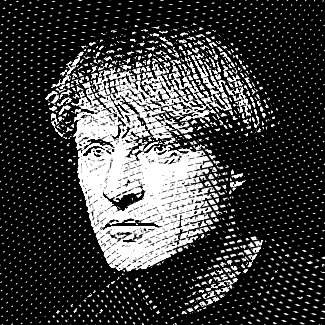